What is Naturopathic Medicine?

Naturopathic medicine is a distinct primary health care system that blends modern scientific knowledge with traditional and natural forms of medicine. The naturopathic philosophy is to stimulate the healing power of the body and treat the underlying cause of disease. Symptoms of disease are seen as warning signals of improper functioning of the body, and unfavourable lifestyle habits. Naturopathic Medicine emphasizes disease as a process rather than as an entity.

There are typically three types of patients that seek naturopathic medical care:

Hippocrates, a Greek physician who lived 2400 years ago, first formulated the concept of “the healing power of nature”. This concept has long been at the core of medicine around the world and remains one of the central principles of naturopathic medicine. In North America, naturopathic medicine traces its origins to Dr. Benedict Lust. He used the term “naturopathy” to describe a clinical practice, which integrated such natural healing methods as botanical medicine, homeopathy, nutritional therapy, manipulative therapy, acupuncture and lifestyle counselling.

After the Second World War the trust of health care was placed on the advances in surgical techniques, the introduction of antibiotics and growth of the pharmaceutical industries. The more traditional healing practices lost ground. This was an era of scientific reductionism and an almost blind faith in the medical ‘miracle’. This approach continued through the 1950s.

In the last twenty years, public desire for greater control in their health care process and a growing dissatisfaction with high tech solutions to health problems has resulted in a resurgent interest in the natural methods of preventive health care. This trend has increased demand for naturopathic services as people seek ways to improve their health, cope with day-to-day stresses and avoid illness. 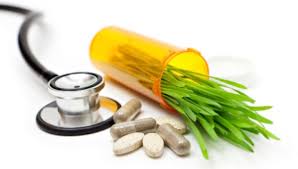 A Naturopath is a health practitioner who applies natural therapies.

Naturopathic doctors apply all of the above principles in a proactive form of disease prevention and health promotion. Naturopathic doctors emphasize healthy daily habits, they assess risk factors and hereditary susceptibility to disease and make appropriate interventions to prevent illness. Health is more than just the absence of disease.

Health entails daily functioning on the highest possible levels, and is obtained by proper nutrition, exercise, a balanced lifestyle, positive emotions, thoughts and actions. The capacity for optimal wellness or an improved quality of life is inherent in every body.

Treating both acute and chronic conditions, naturopathic treatments are chosen based on the individual patient.